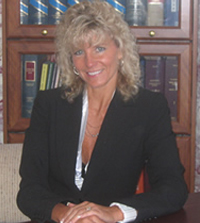 Kym Adams, a primary principal of CEDRS, has an energetic story to share. Her journey began in the early 80’s when her first marriage ended in divorce with two young children and a rude awaking into the legal divorce system.

After floundering in the court system for three years, her and her soon to be ex-husband finally got tired of fighting and writing checks to their lawyers. After they both fired their attorneys they were able to sit down and negotiate their own parenting and financial plan. It was painless and cost nothing but time and letting go of the “entitlement fight.” She remembered the relief of being able to act like responsible divorcing adults setting a positive example for their children, and finally have closure in that chapter of their lives. That divorce journey was one that never left her, and she knew that she had to help others make it through the legal system less painfully than she had experienced.